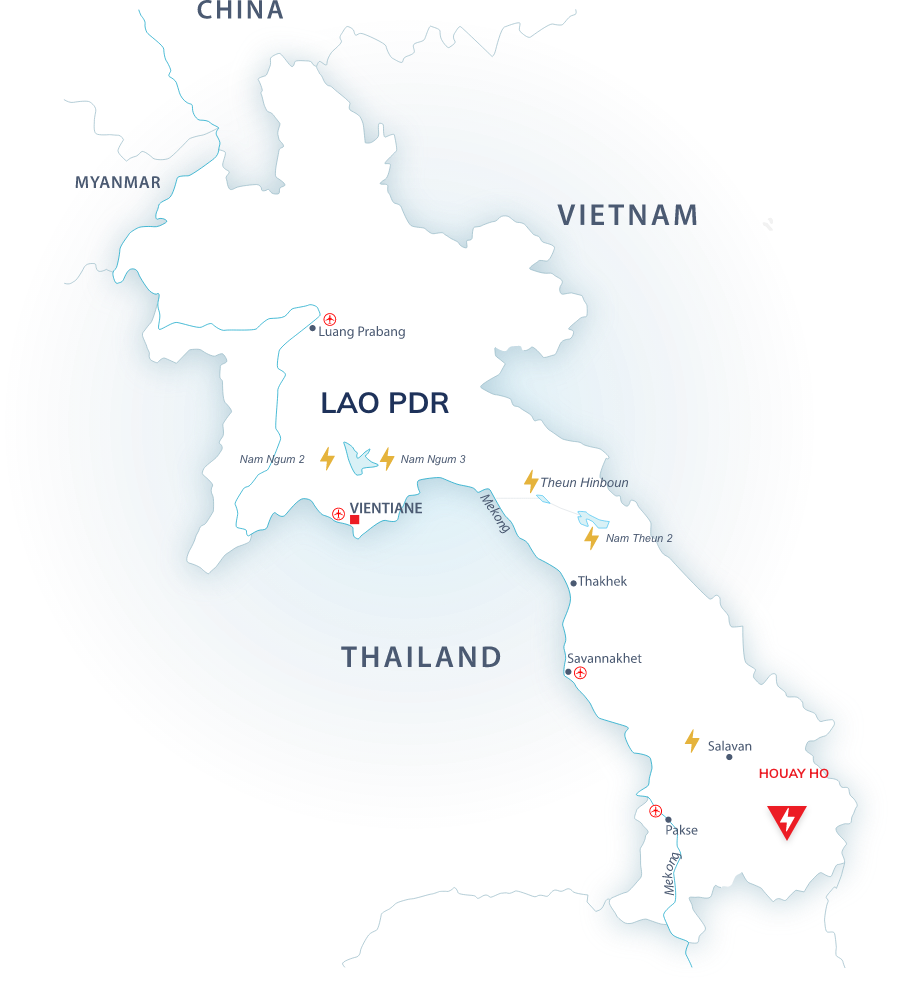 Houay Ho Power Company (HHPC) is an independent power producer (IPP) located in the Attapeu province, in the southern part of Laos. It is a 152 MW hydroelectric power plant and began commercial operation in 1999. The company operates in accordance with build, operate and transfer (BOT) agreement with Lao government, supplies electricity to EDL, and also exports electricity to EGAT, Thailand.

The Bolaven Plateau is located in the far south of Laos. It is an elevated area of some 5,000 km2, which extends over parts of Champasak, Saravan and Attapeu Provinces.

The southern and eastern parts of the plateau rim form a very steep escarpment, which changes elevation from about 1,000 to 1,200 meters above sea level over a distance of only a few kilometers. The escarpment is an excellent site for a high head power scheme. 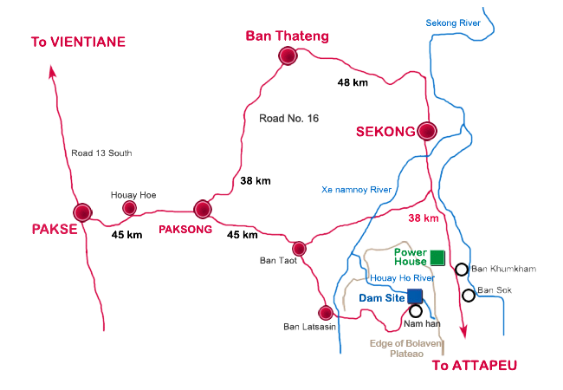